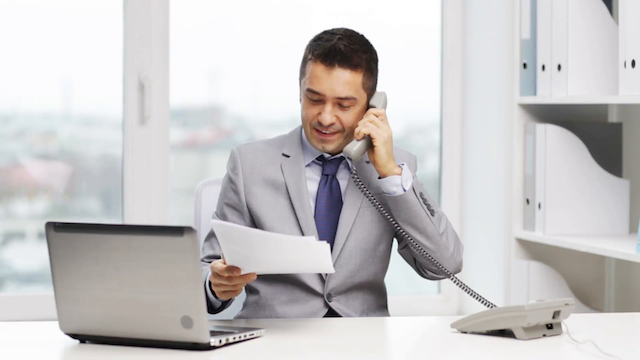 VoIP has revolutionized business communication around the world. While it shares a tone of similarities with traditional phone systems, it also comes with an equal measure of contrasts.

What’s the main difference between VoIP and regular phone systems?

It might be the efficiency that comes with over-the-internet calls. It might be the ability to cut across multiple devices. But those are not the real differences, or are they?

Here’s the real one. It’s all in the how, rather than in the why.

What’s are the similarities between the two?

There’s no denying that VoIP is the face of business communication today. In fact, a fair share of businesses are moving into the system every day. However, it doesn’t mean that VoIP is completely different from traditional phone systems.  In retrospect, we should just put it like this; VoIP is an upgrade of all forms of phone conversations.

The basics remain the same. Both VOIP and traditional phone systems, provide platforms for communication and sharing messages. Depending on your taste, need and preference, you can decide which works best for you.

We always have a penchant to gravitate towards products which give us the most satisfaction. Because we are all about improving, ditching traditional phone systems for VoIP doesn’t sound like such a large leap, does it? It definitely is. In fact, if you are all about growing your business, it should be your next big step

What does VoIP Do? It simply makes a difference in how you communicate with everyone. In fact, it simply makes the whole chain simpler, and easier to run.

This might come as a shock, as cutting edge tech products are always deemed to be a little pricy. Well, it’s not the case with VOIP. In some cases, VOIP is half as cheap compared to traditional phone systems.  In fact, some companies have saved upto 60% on phone bills by simply moving to VoIP phone service.

While long-distance landline calls will always remain expensive due to need of to keeping hundreds of circuits open during conversation, VoIP simply converts the voice frequency to data which can be transmitted over any internet line.

While traditional phone systems providers have tried to offer cheap services, they can’t manage to match those of VOIP Phone Service provider like Cebod Telecom, provides free unlimited calls within USA and Canada, unlimited user extensions and much more.

How much power does your phone take up? We all are out to cut the business cost, aren’t we?

Given that traditional phones are hardier and sturdier, they can survive power outages and disasters. A business that uses a VoIP phone system gets to enjoy better disaster recovery and resiliency when it comes to unexpected crashes. Unlike traditional landlines, VOIP services are monitored 24/7 and the transmission signals can be rerouted in a matter of seconds to ensure that you never miss or drop a call due to technical malfunction. Power outages, line disruptions, construct etc. are no match for this incredibly efficient system. Best of all, business can be conducted anywhere, anytime from your smart phone, tablet, laptop or even a desktop computer.

At the start, everyone thought that over the internet calls would be scratchy, messy and low-quality. Given that traditional phones have been here for decades, a new entrant into the niche would hardly keep up with the quality of calls. At least not if that new system is riding on the destructive power of the internet.

To most people’s surprise, the quality of communication over VoIP is great. It actually competes with landline phones quite well. Given that VoIP does not use any circuits, it means that the chances of hearing clicks and whirrs are inexistent. It also means that long-distance calls will have the same quality, as calls to the next building on the block. VOIP boast of having crystal clear HD call quality.

Most people may think that VOIP is merely an upgrade from traditional phone systems. Nothing is further from the truth.

Traditional phone systems and VIOP ride on different forms of technology. VOIP uses the internet or internet enterprise LAN connection to convert and transmit messages (video and audio) as data. The analog calls are converted into digital information which is transmitted over the internet. Traditional phone systems, on the other hand, use circuit-switched technology where voice call travel through copper wires over PSTN (Public Switched Telephone Network). Businesses can definitely benefit from VOIP.

The only mode of linking for VoIP is the internet. This obviously has its advantages. However, it also comes with its downsides. VOIP is vulnerable to cyber-attacks. This is mostly bound to happen when the device has a public IP address. However, the system is safe when private firewalls and security protocols are developed.

With traditional phone systems, cyber-attacks can never happen as there is no connection to the internet. That doesn’t mean that landlines are fool proof. Phone tapping can always happen.

Traditional phone systems are limited to a few features. VoIP packs a punch of features. It also helps to state that VoIP keeps adding new features every other day.

What superior features does VoIP come with?

Wrap up: Is VoIP cheaper than a landline?

If your aim is to keep up with the rapidly changing trends and make your business stand out, VoIP is definitely the way to go. It has its pros and cons yes, but it’s advantages far outweigh the disadvantages. While traditional phone systems provided ground for communication, their time is up. Call today to get free estimate!

What is business phone service?

You have Successfully Subscribed!